Turning the corner onto East Roy Street, a hushed wisp of air lifts as the occasional vehicle drifts by an historic 1930’s building.  Originally known as the Studio Building, the Loveless Building in Capitol Hill was the foundation for artists’ address of creations and retreat.

As I stand across the street peering into the windows of Cook Weaver, the soul of the building reaches across and transports me into a dimension where I am not myself and I live as another for the next twelve hours…

It’s a rather quite midmorning September Tuesday and a presumed early foretelling of autumn brushes leaves about at my feet as I shirk off all jitters coursing through my body and mind.

What am I doing here, I’ve never worked in a kitchen, let alone work side by side a chef… a chef with a repertoire of working in fine dining restaurants and a 3-Michelin-star restaurant… don’t forget to breathe… it’s going to be epic…

Justin Khanna, the new kid on the Seattle restaurant chopping block came to my attention through a network of social media and immediately I racked my brain as to how I was going to find myself in a kitchen with this mysterious chef.

The moment I met Justin, chef was not the immediate thought.  Here before me stood a very hungry young man whose appetite was satisfied by you, the who, what, when, where, why and how you.  With a calculated pop in his step and actions, I began to wonder if shape-shifters actually existed; yes, he must be one.  Justin says, “I want to feed you” but what he is initially neglecting to tell you, he wants to feed you just enough to make you, not just crave, yearn for more.  And it is with this phrase, Justin is shape-shifting himself as he cultivates his “tasting” menus to eventually represent a rendition of you with a dash of Khanna.

Exhale… a rush of confidence pushes me across the street, it rapidly depletes as motion is halted by a locked door and a darkened interior but is immediately eased as a familiar figure appears from a side door and greets me with a generous smile.

Stepping over the threshold of a quasi restaurant kitchen, I immediately felt as if I was entering into a home as a quiet symphony of electronics and city/country aromas battled to own my senses.  Small talk was immediately address and an amiable professional efficient rapport naturally transitioned as I was outfitted with a ball gown of an apron and the kitchen tour began.

Being a skilled pantologist serves Justin well, from the rigors of trial and error in childhood extra circular activities to the Culinary Institute of America and then propelling him through his culinary career as chef de partie at French Laundry, chef de partie at Grace and recently sous chef at Lysverket.  Shortly after Justin staked claimed to Seattle as his home and with his sous chef, Hubert Tsai,  Mixed Projects (his gastronomic story telling company) emerged hosting his “Ready” series of pop-ups at venues ranging from a home to a restaurant and all in-between.  Currently, a guest at one of Justin’s pop-ups will experience a quintessence of Japanese, Scandinavian, PNW and Indian flavors throughout the tasting menus.

Justin, what is your dream?, “Give Seattle a Michelin star restaurant” and it is within this dream Justin will fully morph his men”u” into a fine dining experience that shifts and shakes the way we view food and ourselves.

Unknowing and nonjudgemental of my culinary experiences, chef hands me a list and patiently dictates details then walks away to attend to the list in his head.  Hands washed, cutting board secure, paring knife sharp and list at my side… inhale/exhale.

The quiet symphony is amped up with dated rock from the radio, a gradual production of rhythmic prep is on its way and before long I’m a ninja chopping anything and everything with grace and precision… okay, I’m a sloth delicately and timidly touching and slicing everything on my list… but not bad in my opinion…

A quarter through my list the small kitchen becomes silently excited by a camera crew, from Northwest Food, here to film Justin and the pop-up process from prep to service; no worries, it’s not like I’m nervous enough as it is… note to self, this is not Hell’s Kitchen!  As the camera crew becomes situated and chef waltzes through a well choreographed routine, I keep my elbows in and eyes on the task at hand and try not to notice cameras floating about.  Relief overcomes me as chef Hubert walks through the door, giving the cameras a fresh focal point and chef someone to converse with on his level.

Prep is complete in a superlative time frame leaving a light and casual break before service, to my understanding, this is not the norm; however, tonight’s service is quite intimate with only six guests in the main hall and two guests at the chef’s table.  As our quiet break transitions into service; experts in the arts, finance, medicine, food & beverage, social media and international travel gather to taste the menu they have long desired.  The chefs inspect and triple check all the while murmuring and mumbling an inaudible and cryptic code.  I sense a satisfactory preparedness as a stoic expression sits front and center while each course is plated and served by the chefs.

Candle lit facial expressions expose the guests’ truth, a naked and non-apologetic appreciation is unanimous and each course set before them is verbally applauded.

As confidentially dignified the evening began, it now ends with a hushed wisp of air as guests and chefs depart into the night while the occasional vehicle drifts by the historic building.

(click on each image to take a closer look) 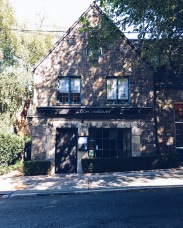 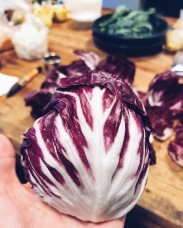 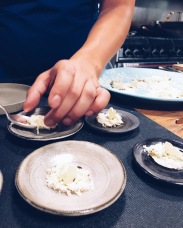 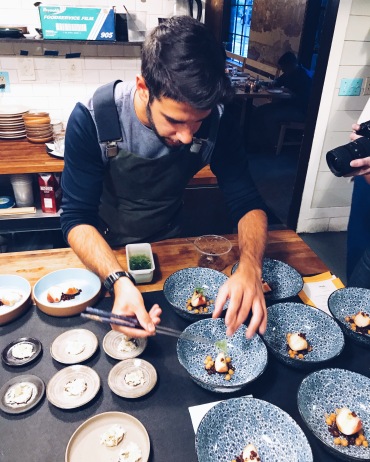 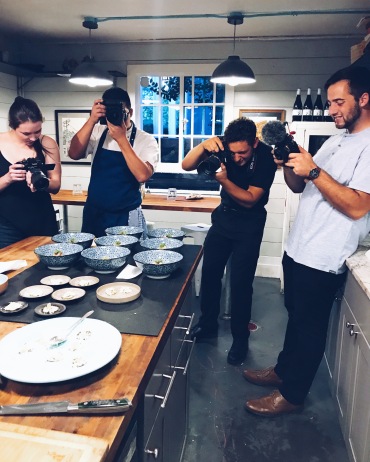 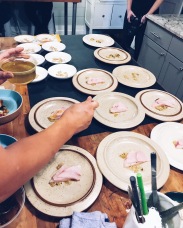 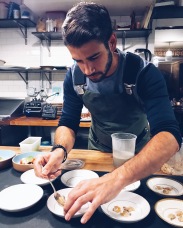 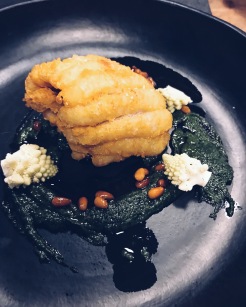 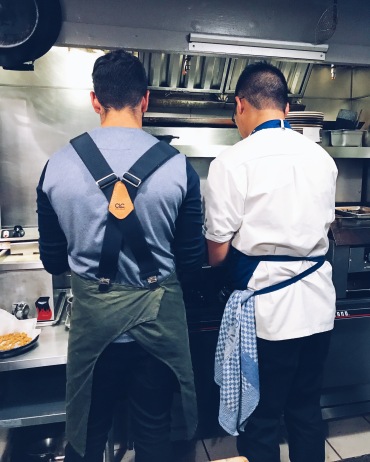 Chefs got each other’s back

Artwork on the fly by guest Dozfy

A sincere and deeply heartfelt thank you to:

…it was truly an honor on my behalf.

This site uses Akismet to reduce spam. Learn how your comment data is processed.